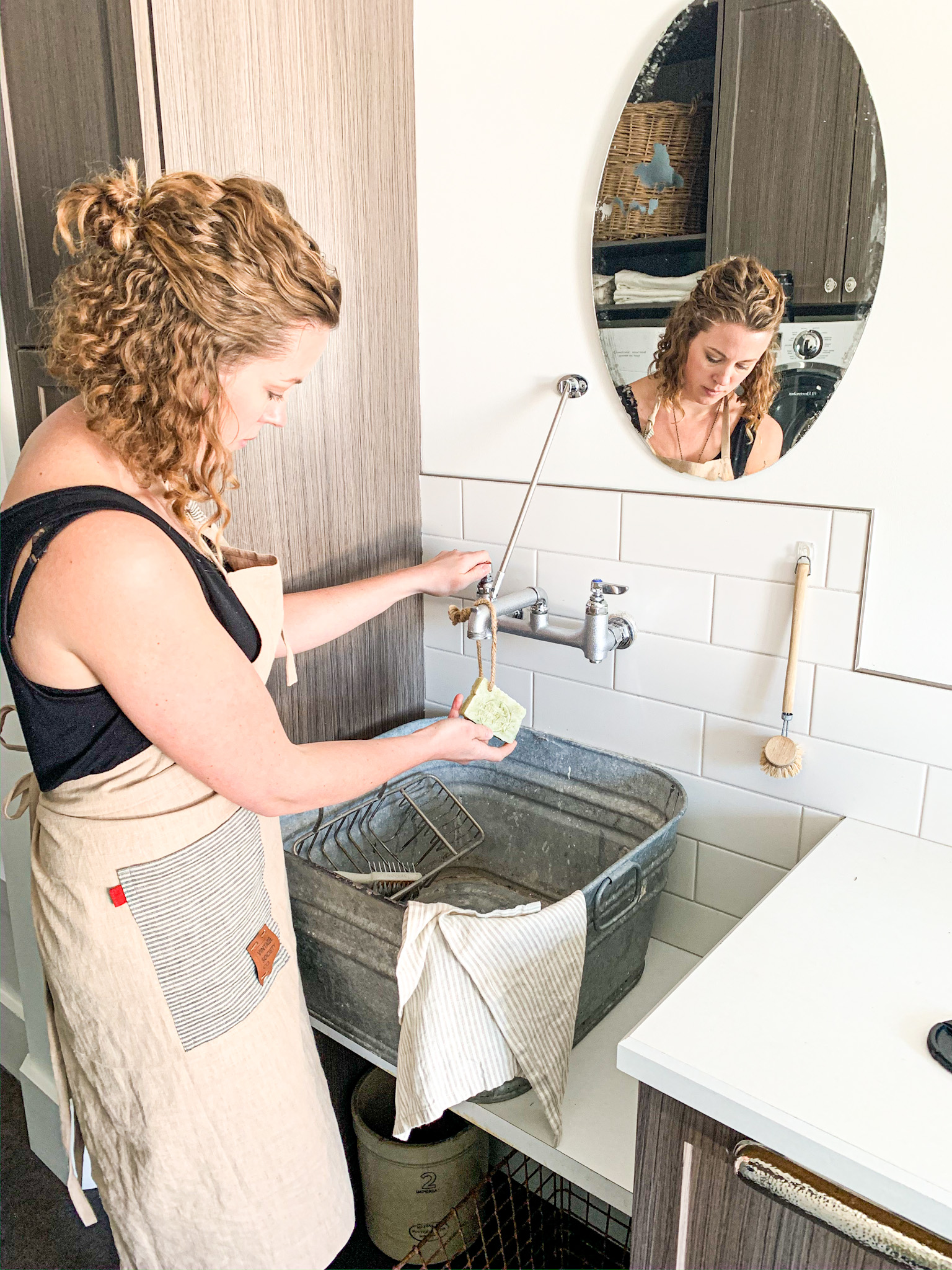 Time to make the switch to bar soap.

If you haven’t already made the switch to using bar soap, I’m going to convince you why you should get with the 2020s and make the change! Not only are there convincing reasons why bar soap is better for your skin, it’s also important for our environment. So, let me sway you to the all-natural side.

1. It's great for your skin

Bar soap is 100% saponified butters & oils which has glycerin in the end product. This is not only a gentle cleanser, but moisturizing for your skin too. Many liquid body washes & liquid soaps are made with surfactants which clean the skin, but also strip the natural oils from your body. Some companies even go as far to remove glycerin from body washes, so they can use it in other products to make more money. Best to buy handmade though, so you know exactly what you’re putting on your body. Dove, for example, is called a “beauty bar” since it is not even true soap, it’s a syndet bar (synthetic detergent). 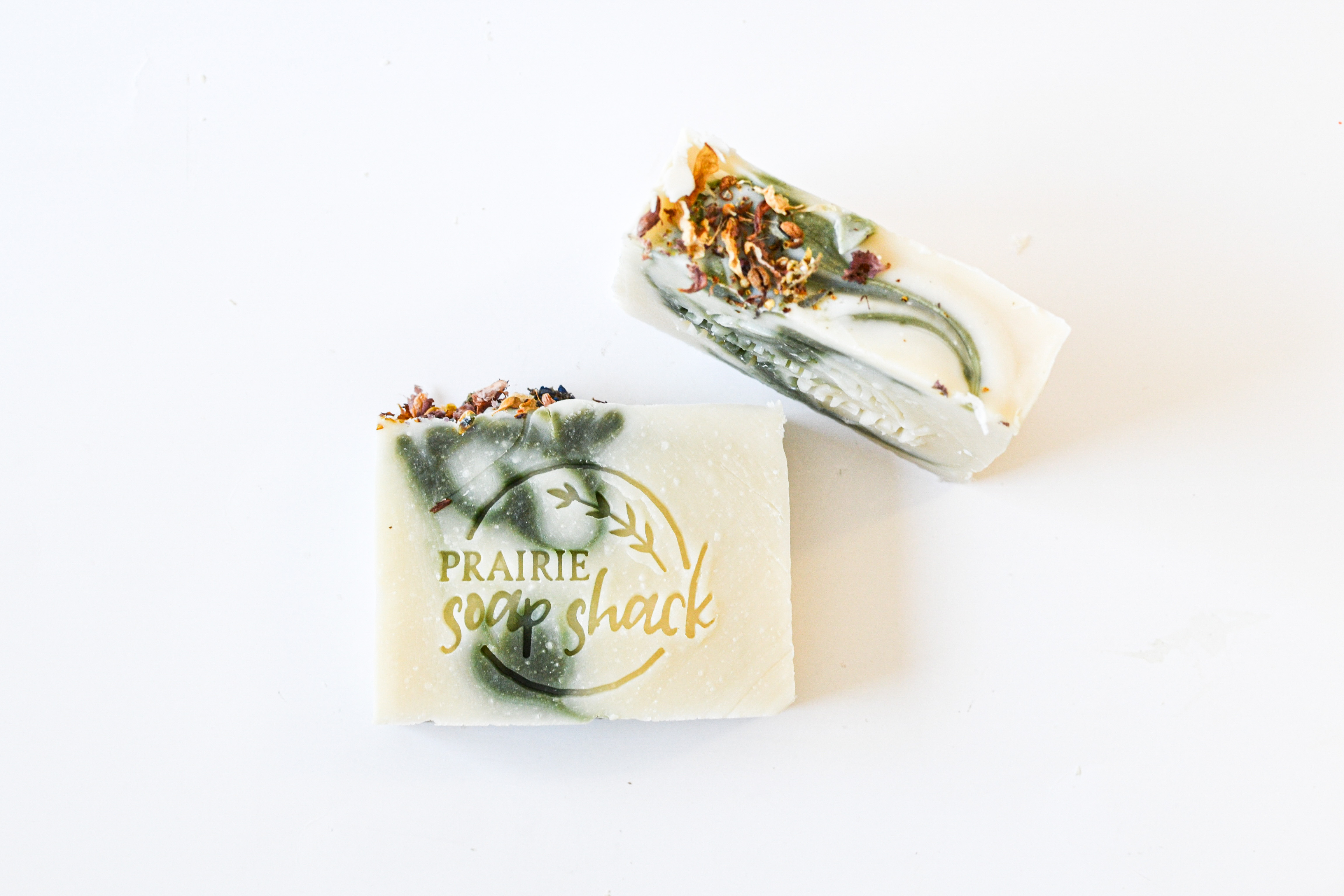 Bar soap is 100% natural, as long as you’re using handmade bars made without synthetic fragrances or colours. Learn your ingredients! Not all bar soap is created equal for quality.

Bar soap = no plastic bottles in your shower, sink counter, bath, travel bag, garbage can, garbage dump, ocean waters. It frees up so much space in your bathroom, it looks pretty & you can feel good about making an eco-friendly change! 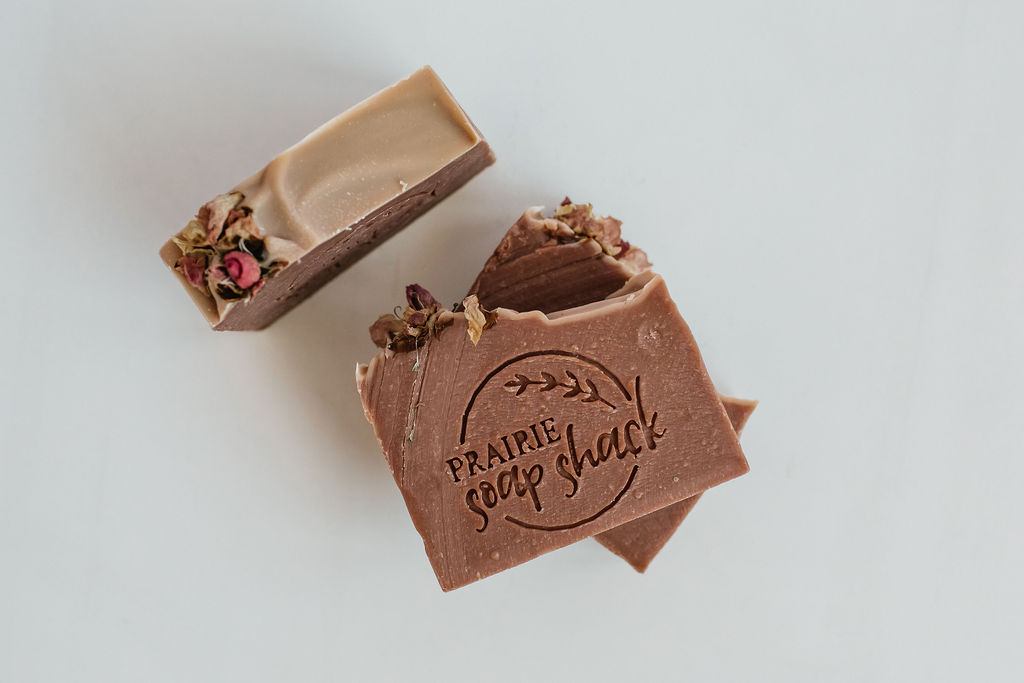 Bar soap also smells amazing, whether is a natural unscented beauty or with essential oils. You get the aromatherapy benefits and skin-loving properties from essential oils as well! Again, be cautious to avoid synthetic fragrances (which can contain up to 200 different nasty chemicals!) 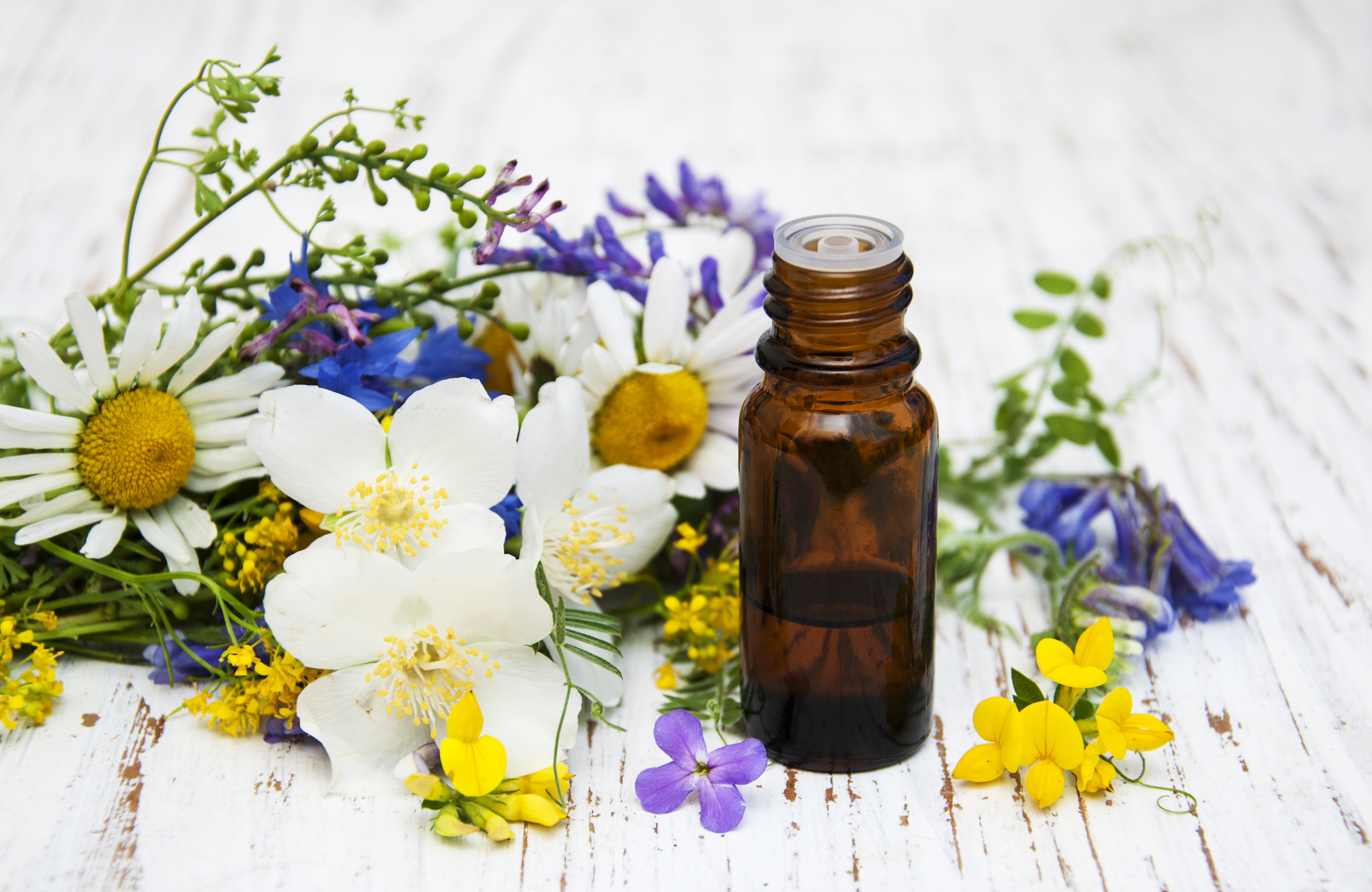 Bar soap is quite effective at removing germs and bacteria. The rubbing action physically helps remove germs from your skin, and the bubbles help remove even more. Be sure to wash your hands for at least 30 seconds, rubbing front & back, in between fingers and ends of fingers. Aim to keep the bar soap dry between uses.

When you use a bar of handmade soap, you get a feeling of pride & connection. Knowing you are using a wholesome, handmade product that is good for you. Especially a Prairie Soap Shack bar! We connect you with nature by using wildcrafted ingredients and have additional herbal benefits. That is why our products are higher quality and also tell a story. 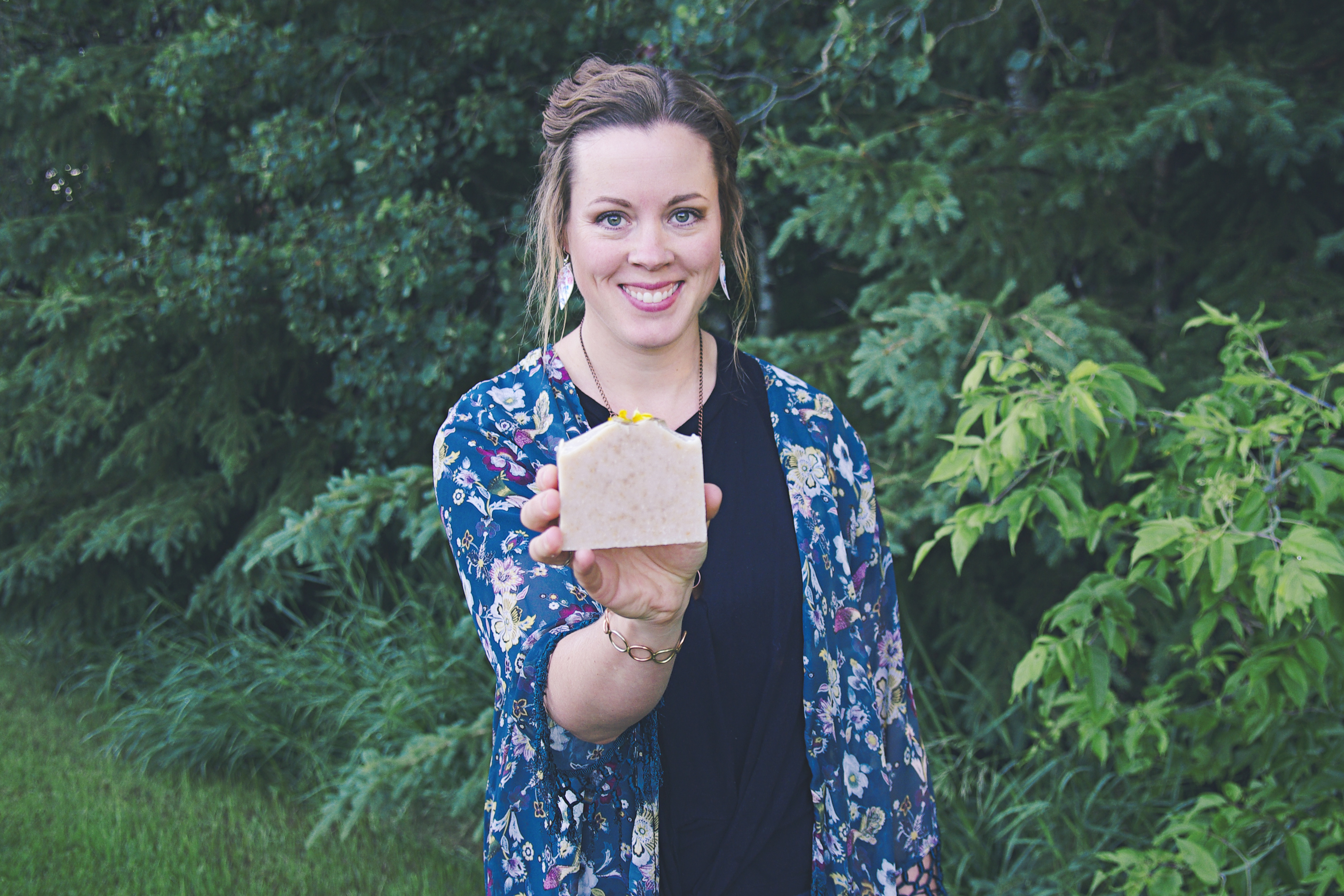 Do you know that God offers us a life beyond this one??
For more info, take a look at…
www.truthforlife.org
or
www.moodymedia.org
or
https://olivetreeviews.org/
or
www.gty.org

1"At that time the kingdom of heaven will be like ten virgins who took their lamps and went out to meet the bridegroom. 2Five of them were foolish and five were wise. 3The foolish ones took their lamps but did not take any oil with them. 4The wise, however, took oil in jars along with their lamps. 5The bridegroom was a long time in coming, and they all became drowsy and fell asleep. 6"At midnight the cry rang out: ’Here’s the bridegroom! Come out to meet him!’ 7"Then all the virgins woke up and trimmed their lamps. 8The foolish ones said to the wise, ‘Give us some of your oil; our lamps are going out.’ 9" ‘No,’ they replied, ‘there may not be enough for both us and you. Instead, go to those who sell oil and buy some for yourselves.’ 10"But while they were on their way to buy the oil, the bridegroom arrived. The virgins who were ready went in with him to the wedding banquet. And the door was shut. 11"Later the others also came. ‘Sir! Sir!’ they said. ‘Open the door for us!’ 12"But he replied, ‘I tell you the truth, I don’t know you.’ 13"Therefore keep watch, because you do not know the day or the hour.

I love that you mentioned that handmade bar soap can having fun additives like butters and oils that will soothe skin. My daughter is very into the natural way of life, and she wants to buy some soap bars that are made from honest ingredients. It’s her birthday coming up so I will try to find some good ones for her. https://singingflowerstudio.com/product/balsam-fir-soap-1-bar/